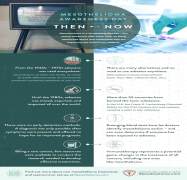 While some toxins are well known and avoided at all cost others seem to slide under the radar further endangering people. Asbestos is a carcinogen that falls into the latter group.

The toxin is a naturally occurring microscopic fibrous mineral that when inhaled embeds itself in the lining of the organs. The embedded asbestos then develops into mesothelioma, a deadly cancer with no cure. There are three main types of mesothelioma which include the lungs, heart, and abdominal cavity. The fourth type of mesothelioma occurs in the testicles but due to it’s rarity little is known about it.

The most common form of mesothelioma is pleural mesothelioma – where the cancer develops in the lining of the lungs. Mesothelioma tumors form in the pleura, a thin membrane of cells that line the lungs and chest wall. Due to the location of the tumors the symptoms affect the respiratory system, resulting in shortness of breath, or the thoracic cavity, resulting in chest pain.

Mesothelioma symptoms often don’t present themselves until 20 to 40 years after asbestos exposure. This lag time makes diagnosis difficult as the exposure could have been brief decades ago – leading patients to dismiss their exposure while talking to their medical professional.

The lack of knowledge surrounding disease hinders accurate and timely diagnoses – mesothelioma is often misdiagnosed as more common illnesses such as the flu or pneumonia. Many times a correct diagnosis is not made until the disease has progressed to the third or fourth stages when prognosis is poor and life expectancy is between 12 to 21 months.

While asbestos is a known carcinogen it is still legal in Canada and the United States. A complete asbestos ban is expected for Canada in the coming year as promised in December of 2016. But even if such a ban comes to fruition the risk of the toxin is still relevant due to the high rate of previous exposure and the lag time of symptoms.

Up to the 1970s the toxin was used heavily in building materials – the first wave of exposure occurred from working with the material. A second wave soon followed when those workers brought asbestos dust home exposing their families to the deadly cancer. The third and most current wave of exposure is a result of the DIY craze. Homeowners unknowingly expose themselves to the asbestos in insulation, and floor/ceiling tile when doing renovation projects.

In addition to exposure from building materials asbestos has been found in everyday household items – even those intended for children. A recent study found asbestos in children’s crayons. Exposure at a young age is incredibly problematic.  Children who come in contact with asbestos are 3.5 times more likely than a 25-year-old to develop mesothelioma because of the delay between exposure and diagnosis, according to the U.K. Committee on Carcinogenicity.

As the toxin continues to impact Canadians and citizens of the the world alike, the best safety measure is increasing awareness while limiting exposure to asbestos. Tuesday, September 26, is Mesothelioma Awareness Day – the one day a year that this rare disease is given the spotlight. Join those fighting for a complete ban of asbestos in a tweet chat, September 26 at 12 p.m. ET by using the hashtag #EndMeso.

Author Bio: Brook Spencer is the Community Outreach Director with the Mesothelioma Cancer Alliance, specializing in global asbestos use.

Our Mission is to help teach others how live a wellness lifestyle that includes regular detoxification and alkalizing of the body for an optimal health experience. While providing quality health information and alternative health-maintenance products to individuals, businesses and health care providers.
PrevAlkaline Body and Cancer- Can Alkaline Diet Treat Cancer
Foot Detoxification: Get Rid of Toxins With Foot DetoxNext