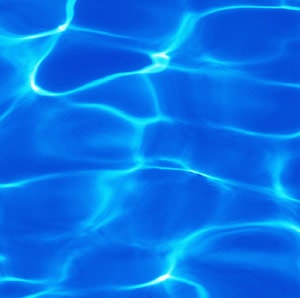 First we need to set the record straight. This is not a new technology. In the last couple years there has been a renewed surge in the promotion of these systems duplicating the sales tactics of 20 years ago.

With significant electrical expense, electrode replacement costs, and concrete and rust problems forgotten by time, this new push is targeted at newer pools and is again trying to make you believe that pool problems can be solved by “simply adding salt.”

Reminiscent of advertising campaigns of the late 80’s, ads and salesman often don’t mention chlorine. Even “The Association of Pool & Spa Professionals” recently contributed to an “Associated Press” article on current pool trends where they state: “Chlorine alternatives: Salt does a good job of keeping water clean and preventing algae and costs considerably less than standard chlorine treatments.”

Salt doesn’t keep water clear, if it did the ocean would be free of algae and bacteria and life as we know it wouldn’t exist. Salt is turned into chlorine by these systems. This generated chlorine is no different than the chlorine you are currently using… so how is that a chlorine alternative? It’s simply a play on words, misdirection, an omitted detail, or some have considered it an outright deception.

Salt is a rather mystifying compound with a dual personality. It preserves our food and rusts our cars. It melts the snow and freezes our ice cream. It flavors our meals and affects our heart. Salt water will remedy a sore throat but shouldn’t be drunk. How is it possible that these tiny crystals can sit on our table one moment and become something as controversial as chlorine the next?

Actually this process is quite simple. When electrical current-carrying electrodes made of non-reactive materials such as platinum are introduced into water containing sufficient levels of chloride ions (from sodium chloride), the chloride ions migrate toward one electrode. At some point they begin forming what some chlorine generator manufacturers refer to as pure chlorine.

Those with a basic knowledge of chemistry may recognize pure chlorine as Cl2 or chlorine gas. While a cylinder of compressed chlorine gas represents a very economical method for water purification, health departments have been slowly banning its use since gas chlorine leaks can affect entire communities. In 1915, Germany released chlorine gas on the French army. It’s not hard to imagine the devastating effect the reported yellow-green cloud had on a 4-mile wide area of the battlefield.

Obviously chlorine gas is by no means the final product needed to keep your family safe and your pool clean. A compound called hypochlorous acid must first be formed. The conversion rates from deadly chlorine gas to this excellent sanitizing agent or its worthless pungent hypochlorite ion counterpart is largely dependent on pool water chemistry and proper circulation.

Even liquid chlorine, granular chlorine, or chlorine tablets must go through this very same conversion to hypochlorous acid to form the useful chlorine you measure with your test kit.

Unlike traditional chlorine addition, chlorine generators must have safeguards in place to assure that poisonous chlorine gas does not escape from the pool or its plumbing or explosive hydrogen gas formed at the other electrode is not ignited.

Most manufacturers rely on nothing more than a $5 pressure switch for this safeguard. Some assume that nothing will ever happen to cause your pump to stop moving water like the loss of prime, a leak, or too many leaves in the basket, etc.

Will chlorine generated from salt keep pools clean and clear? Sure it will. It will do the same job as any other form of chlorine. It kills algae, kills bacteria, burns eyes, dries skin, and bleaches bathing suits. How much salt is needed for this conversion? Although recommendations vary based on electrode size and power requirements, one advertisement advises that as little as 1 teaspoon is needed per gallon. How much salt is mixed when doctors recommend gargling with salt? How much salt is 15,000 or 30,000 teaspoons?

That much salt might just explain the “silky” soft-water feeling that is advertised by many chlorine generator manufacturers. But why is it that pool builders don’t recommend the use of softened water when filling a pool? Could it be that soft water may have some adverse affect on the pool surface?

Pool owners that live in climates which routinely receive snowfall are all too familiar with the side effects of salt used on the roads to melt snow and ice. Rusty cars and disintegrating concrete should quickly come to mind while watching 150, 300, or 500 pounds of salt being added to your pool.

But, today, just like 20 years ago, pool builders are quickly learning or painfully remembering that salt laden water splashed from pools causes equipment, structural, and concrete damage. According to the December 25th, 2006 issue of “Pool and Spa News”, pool builders have reported seeing pool damage starting in as little as a few weeks.

With flaking of coping, decks, and even rock waterfalls, and warranty issues with equipment outside the pool, some, builders have stopped promoting these systems and require a signed disclaimer when the pool owner specifically requests a salt system. Others are looking for concrete sealers that last longer than the current 3-8 months as a way to reduce the effects of salt.

How does Caribbean Clear’s copper/silver ionization compare to chlorine generators?

Applying bags of chlorine shock is probably one of the least pleasant experiences of owning a pool. This often prompts pool owners to search for other methods of water treatment. While chlorine generators reduce the need for handling chlorine, only copper/silver ionization allows for a reduction in the chlorine level itself.

Maybe handling the chlorine isn’t as big an issue as the expense. Be sure to ask how often those chlorine generating electrodes need to be replaced. Considering the cost of replacement, you might want to get that in writing. To improve electrode longevity, many manufactures have dropped the platinum plated electrodes for titanium electrodes specially coated with mixed metal oxides of ruthenium, iridium, and niobium.

They don’t just sound more expensive! By comparison, Copper/Silver electrodes last from 1 to 3 years and are more economically priced. What about power consumption? Electricity is not cheap.

Copper/Silver ionization is very kind to the electric bill in comparison to the kilowatt-hours needed to convert salt into chlorine. In fact this is virtually the same costly technology needed to produce hydrogen for fuel cell vehicles. Pool owners always see the spike in their summer electric bill when the pump is running and often use a timer to curb the expense.

Most Caribbean Clear customers report electrode currents of less than a tenth of an amp for typical backyard pools while most salt systems operate at 10-20 amps. Putting that in perspective… needing 100 to 200 times more power than a Caribbean Clear system, adding a properly sized chlorine generator to your pool could be like adding another ½ to 1 horse power motor to your power bill.

100-200 times more power doesn’t just mean a higher electric bill each month. This power is routed through electrodes that are in the pool water. These systems won’t function if this power is not transmitted through the pool water. Therefore you and your family are on the business end of this electrical system, salt makes electricity travel through water easier, and you are wet.

Safety is our #1 concern when building Caribbean Clear systems, that’s why you will see a UL, CSA, and NSF mark on our products letting you know that these systems are built and tested following strict safety and performance guidelines and that nine unannounced inspections each year by these agencies, insure our compliance.

Both a chlorine generator and a copper/silver ionization system will do an excellent job of keeping the water free of bacteria and algae. Before making that final decision, consider the following:

Which system ultimately provides the most swimming enjoyment? Caribbean Clear® of course!

The use of ionization for water purification was pioneered in the 60s by NASA. Caribbean Clear incorporated this technology and developed an ionization product for introducing both copper and silver to swimming pool water. Copper is a well known algaecide and Silver has unique anti-microbial properties.

Water is more appealing without the typical 1-3 ppm chlorine residual or the weekly chlorine shock. At a barely detectable level of 0.4 ppm chlorine (1 quart of liquid bleach in a typical 30,000 gallon pool) the water will be more enjoyable, and, with less skin and eye irritation, the swimmers can enjoy the pool longer.

Unlike other common water treatment methods, Caribbean Clear is not affected by sunlight, heat, or time. During peak days of intense sun and heat or throughout the winter while the pool is closed , Caribbean Clear will remain in the water. Only as algae, micro-organisms, or other organic debris are introduced into the water will Caribbean Clear be consumed.

Our Mission is to help teach others how live a wellness lifestyle that includes regular detoxification and alkalizing of the body for an optimal health experience. While providing quality health information and alternative health-maintenance products to individuals, businesses and health care providers.
Prev6 Foods That Help Lowering Your Blood Pressure
What Are The Benefits Of Alkaline Water?Next

Disclaimer: The information or the products listed on this website are not intended to treat, cure, prevent or diagnose any disease or ailment. The information on this site is provided for educational purposes only. It is not intended as a substitute for professional advice of any kind. Always consult your doctor before doing anything to do with your health.